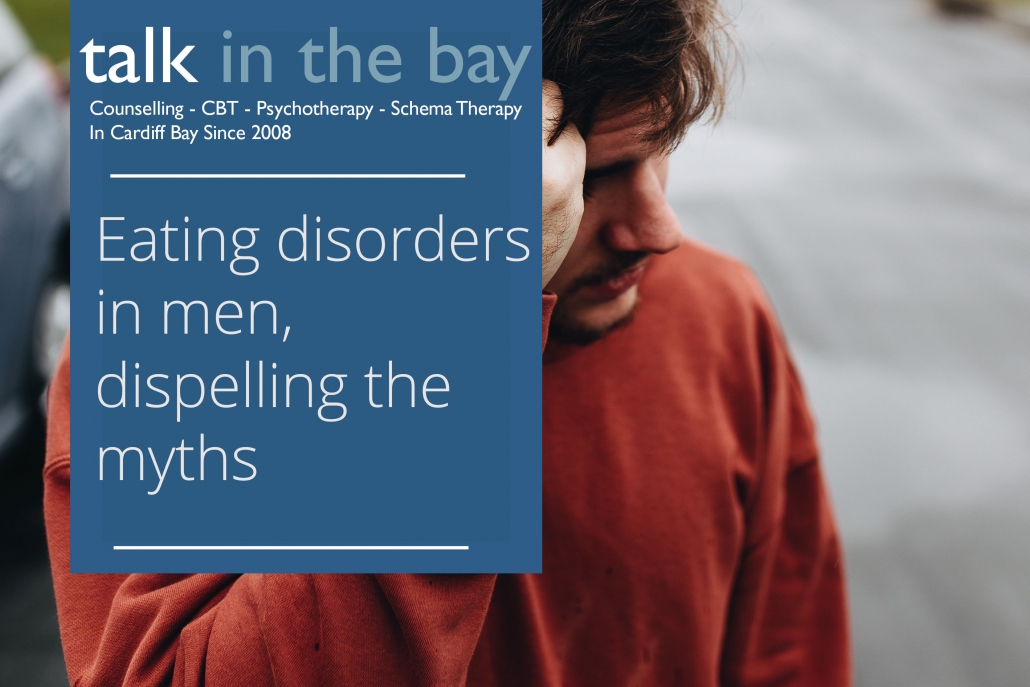 This week (25 February 19 – 3 March 19) is Eating Disorders Awareness Week and it seems there is so much misinformation out there about eating disorders, including who they affect and how, that our understanding and perception of these illnesses needs to change, and there is no doubt that much more support needs to be available to help all people who are affected, no matter what their diagnosis, gender, ethnicity, sexuality age or background (www.beateatingdisorders.org.uk).

Awareness campaigns such as Eating Disorders Awareness Week help to highlight some of the many issues that affect people with eating disorders. It also helps to dispel some of the many myths, and the particular myth we are looking at in this blog is:

Do men get eating disorders?

It is likely a popular response would be that they don’t, or at least, not as much as women, as anorexia and bulimia are often considered to be female conditions. However, there is much evidence out there to suggest otherwise. For example, according to NHS Digital in 2017, the number of adult men admitted to hospital with an eating disorder increased by 70% during the previous six years, the same as the increase among women.

One of our therapists here at Talk in the Bay, Catherine Hopes, is a highly experienced therapist who specialises in counselling and nutritional roles, and has a particular interest in working with eating disorders including, Anorexia Nervosa, Binge-Eating Disorder, Bulimia Nervosa, Obesity and Emotional Eating Disorder Not Otherwise Specified (EDNOS). Catherine has written this excellent piece about how eating disorders do affect men too:

Signs of men struggling with food issues tend to be a preoccupation with looking “cut or ripped”. Muscle dysmorphia, or bigorexia, is also increasingly being seen, where men and boys feel they are inadequately muscular, again due to their participation in sports that need some strength or size in order to compete, such as bodybuilding, wrestling, or rugby.

They may get into dangerous cycles of bulking and shredding that might resemble a binge/purge cycle in women.

But it’s important to remember that disordered eating isn’t about vanity. Often, it’s a way that people choose to handle their emotions. It can quickly get out of control, and it’s okay to ask for help.  Asking for help isn’t a sign of weakness but of incredible strength and courage.

Treatment tends to combine dietary and nutrition advice along with a talking therapy which gives you space to explore your difficulties and address any underlying problems. Treatments for eating disorders are the same whichever gender you are, and take a holistic approach. That means all factors are considered, including physical, psychological, and environmental.

There is some excellent advice out there – BEAT website, for example, is full of useful and really helpful information. Also, Talk in the Bay can offer the counselling and support you may need. Sometimes it’s about taking that first step and understanding that you are not alone and there is help out there.

How to start taking control of your stress